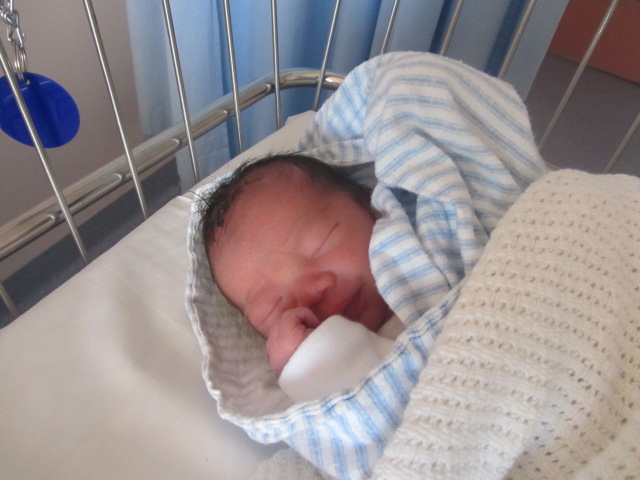 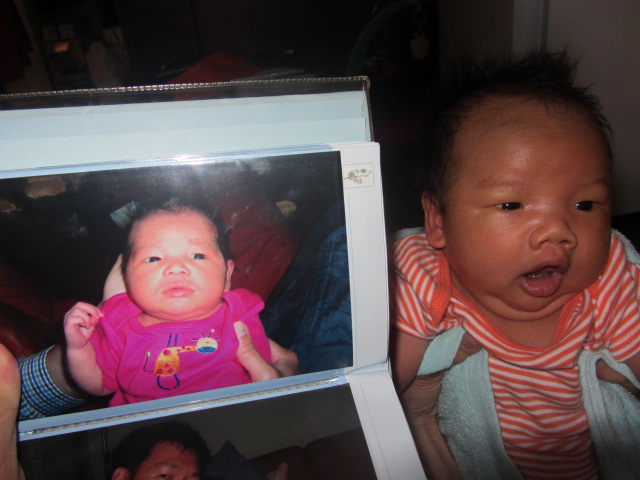 Same face different baby. A picture of Ethan and Amanda at the same age. 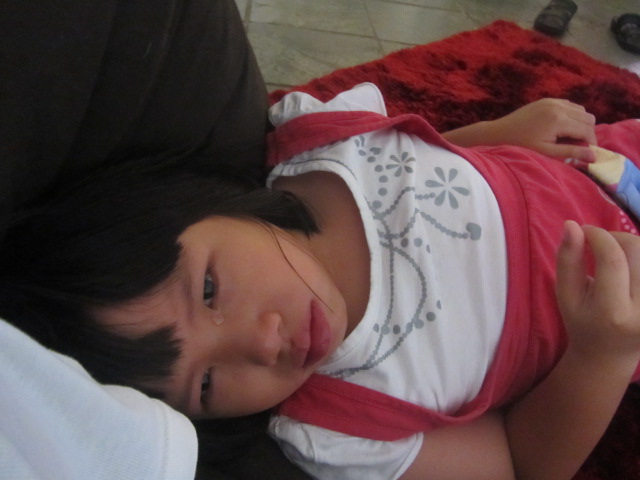 Why the tears? Amanda has yet to come to terms with having a sibling. 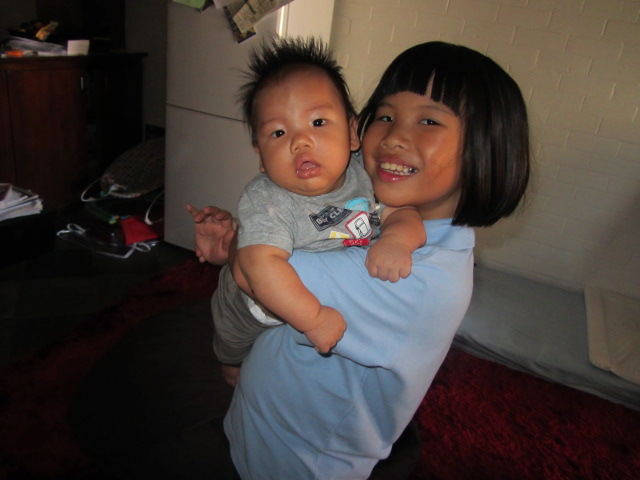 But look at Amanda now? She’s the proud big sister!

My sleep-deprived brain quite forgets how this random conversation transpired but it was back when I was some months pregnant.

Stranger: Oh, I see you’re pregnant. (Duh! Stating the obvious when you see a humpback whale.) Is it a girl or a boy? (I suppose it’s a polite-thing to ask.)

Me: It’s a boy. Oh, you have one too. (Equally polite to show that you’ve noticed.)

Stranger: Yes, indeed I have. Girls and boys aren’t quite the same thing, apart from the obvious hardware differences.

Ah, now, courtesy of some randomly-firing synaps I remember fragments of this encounter. The stranger was a dad, standing in line next to me to enter the school hall to see our children performing. He has 3 girls and a boy.

Me: And what would the difference be?

Stranger: Girls, they sit there quietly and play their games. I remember giving my daughters a toy plane and they wanted to put a blanket on it and put it to bed. They petted it and gave it names. Boys, they make the vroom-vroom noises and spin it through the air even before they know what a plane does.

His wife comes up to us at this point and chimes in: Girls are like sheep, Estella. Boys are like sheep-dog. You’ll have him running rings around the girls and ruining their games and girls sitting in the middle looking cross!

And so it has come to pass that I’ve been the proud owner (I mean mother) of both a sheep and sheep-dog for the past 4.5 months. How has it been you ask? I’m so exhausted I’m practically sleeping with my eyes open. The speed with which I’ve lost the baby pounds (17 kilos and counting) through a combination of full-breastfeeding and this non-human sleep-deprivation – although most wonderful, don’t get me wrong, I love being able to fit back into my pre-baby jeans – beggars belief. I now constantly marvel at my body’s ability to keep going; unlike after I had Amanda, I’ve been able to get by on regular serves of food. I also have very few cravings which I put down to a more wholesome and nutritious diet.

Amanda has gone from quiet resentment at the new little person taking all her mother’s time and energy to open adoration of her little brother. Ethan, her brother, is a boy’s boy. He was born rolling and tummy-crawling. He’s a little adventurer that eats, poos and pees his weight every day. He’ll grow to be as big as his old man, perhaps bigger. Other parents have promised me that he will scale my fridge at the first opportunity once he is able to do so. I’m locating a padlock just in case.

I hope this finds you well.  Enjoy the happy snaps from my “new baby” adventure!