Having slept like the cliched baby all new parents dream about, I awoke to a quiet room on the morning of my birthday. That’s not because my husband had stolen away during the night to frequent the Queenstown Casino yet again, but because I’ve been consistently the first to rise during our holiday, as it is my job to pack and His Royal Highness’ to drive. 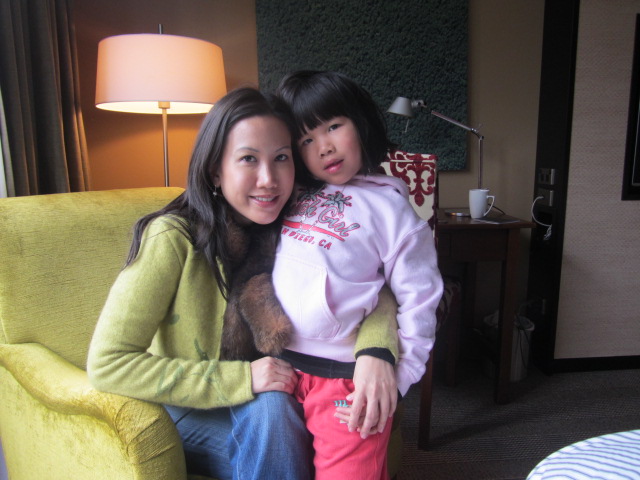 Happy birthday to me! A picture of me wearing my new Merinomink sweater, holding Amanda at St Moritz in Queenstown, New Zealand.

Perhaps, like most women, I need a good twenty minutes to make myself presentable before greeting the day. This, being the start of my 34th year on earth, proved to be no different. I washed, brushed and painted the relevant parts of my body, before donning the Merinomink sweater I had bought the night before. His Royal Highness, now awake but still more or less ignoring me, wisely kept his contempt for my new sweater to himself. If he so much as said one word in objection to it, I would have brought up the $60 000 his father lost on dud shares two weeks out from our wedding – money he had sent home for his sister’s tertiary education – and I’d have added up the cost of her education, his own continued education, his father’s annual allowance these past 11 years, as all that money, which takes no accountant to see totals to hundreds of thousands of dollars, is considered to belong to the marriage and by default, belong to me.

The thought must have crossed his mind for he was much more amiable as the day wore on, even going so far as to ask what I’d like to do for the rest of the day. The night before, we had a written argument after dinner; Amanda was our intermediary, shuttling her father’s jotted replies to me and mine to him. This back and forth continued until His Royal Highness had nothing to say in response to my complaints about his behaviour.

He felt that I was stopping him from doing whatever he wanted, as much as he wanted. I wrote, “You’ve already been to the casino. You snuck out the first night we were here. On some level, you must have known it was wrong because you had to sneak out. Don’t say it was unplanned because your actions clearly show a degree of pre-meditation. Don’t call this a family holiday if all you want to do are things you want to do. Call it a personal holiday. And please don’t say we’re celebrating my birthday, because it sure doesn’t feel like a celebration to me. You can’t buy someone a gift if they have to pay for it themselves.”

The last was a sticking point since he kept saying he’d get me whatever I was buying as a birthday present, then go into sulk mode upon seeing the bill. I can’t help that I am into quality. The first and last bag His Royal Highness bought me, of his own volition, was some brown woven thing for $20 from Geelong. He thought that like his late mother, I’d use it for the rest of my life. I donated it to the Salvos once we moved to Brisbane. When it comes to gift-giving, I wish I were a lesbian for I’m sure most women have far better taste than men. Straight men just have to learn to ask for help when shopping for someone else.

After checking out of St Moritz, we walked down to the wharf and from there, made our way to one of Queenstown’s most famous dining establishments: Ferg Burger. I’d have preferred a champagne breakfast on my birthday but was willing to take one step back by allowing His Royal Highness to fulfil his curiosity about this well-known burger joint. 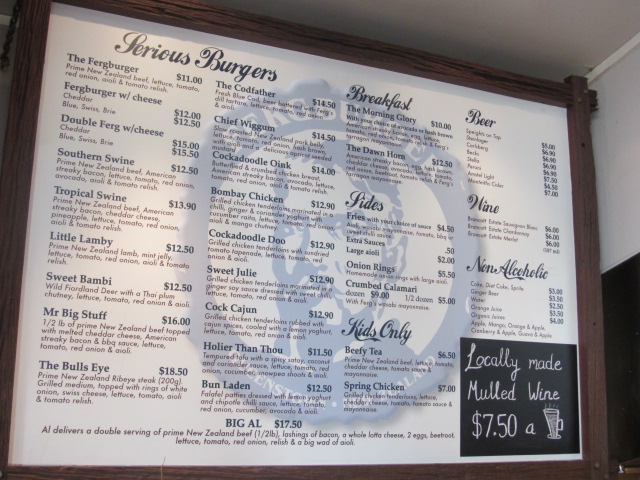 A picture of the Ferg Burger menu in Queenstown, New Zealand.

It was only slightly past eleven in the morning when we arrived, but already there was a queue stretching from the counter all the way to the road. Other diners assured us the wait was well worth it and half an hour later, our number was called out and our burgers were served. Roughly five inches in diameter, these were humongous burgers by anyone’s standards. I reckon Amanda and myself could just share the one. The buns were soft and fluffy and the meat was absolutely tender, unlike the charred, dried, bits of something you find at most burger places. The closest we have to a burger this good in Australia is one from the chain Grill’d. 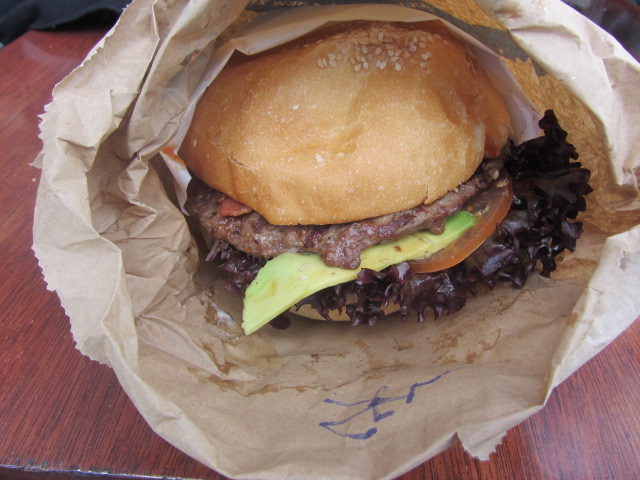 That was one whopper of a burger. A picture of a Ferg Burger in Queenstown, New Zealand. 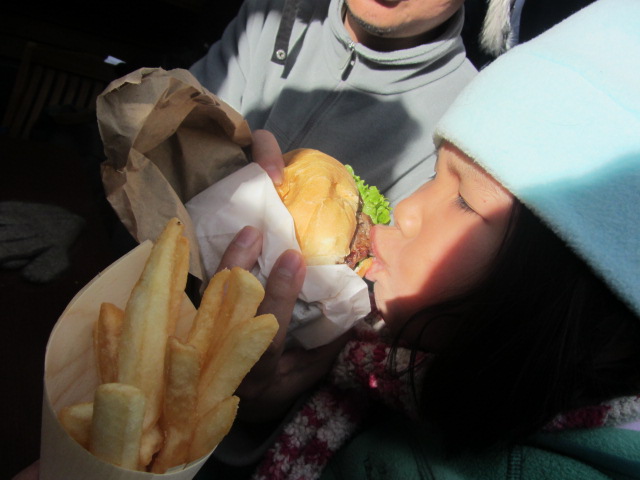 A picture of Amanda tucking into her Ferg Burger. 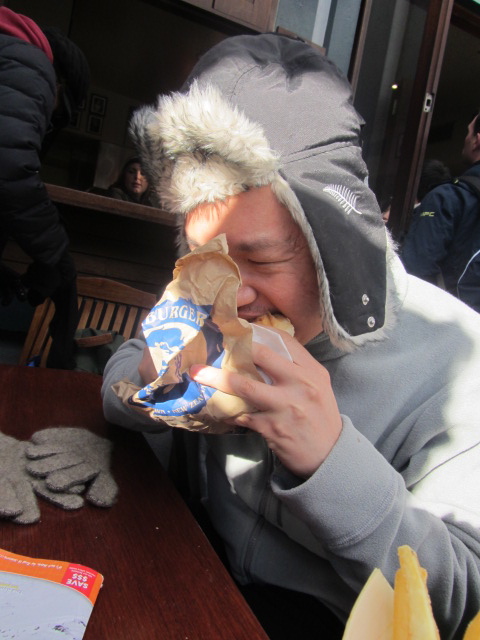 A picture of HRH feasting on his Ferg Burger in Queenstown, New Zealand.

With two-thirds of a Ferg Burger in each of our stomachs, we walked back to St Moritz to collect our car before heading off to Wanaka, three hours away by car.

2 thoughts on “My New Zealand Family Holiday: Day 6 MY BIRTHDAY”