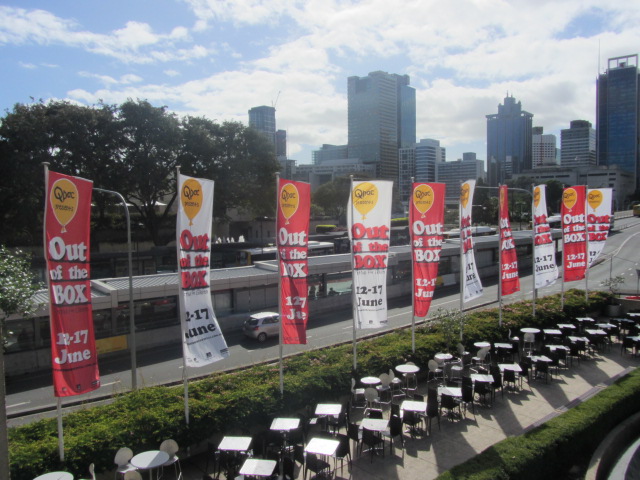 "Out of the box" at QPAC, Southbank.

Held once every two years, “Out of the Box” is an event that draws primary-school-aged children from all over Brisbane. As a regular parent-volunteer, I accompanied my seven charges, all aged seven, to watch a production entitled “The Race for the Chinese Zodiac” at the Lyric Theater in the Queensland Performing Arts Centre, otherwise known as QPAC.

Based on Gabrielle Wang’s picture book by the same name, musicians from the Australian Chinese Musical Ensemble performing on traditional Chinese instruments, accompanied an overhead projection of images by Sally Rippin and a lively narration of the story by Andy  Clark. At the end of the show, children were encouraged to get up and dance in the style of the the animals under which years they were born. The place turned into a zoo as everyone, including yours truly, did their best impersonation of one of the twelve animals.

After that much excitement, it was amazing that everyone quietened down in time for first lunch. Since we weren’t allowed to eat inside QPAC, the entire class took their morning tea on the shaded walkway between QPAC and the state library.

Post lunch, the class split into three groups and I went away with my “brood” to check out the activities on offer out on the lawns. We entered the “Tall Tent of Tall Tales” in time to see a reporter from Chanel Ten interviewing a young boy before moving on to the “Fox in Socks” corner, where Amanda decorated someone’s old sock. To my eyes, the boy chosen as a token representative of festival goers was way below the mean age and too young to have answered the list of interview questions of his own accord. I suggested to someone who could have been the field producer that the boy was unsuitable for this reason, but she fobbed me off with some excuse about having his parents’ consent.

From that tent, we went to check out the “Sticky Maze”, an outdoor structure made entirely of tape and shredded paper. Everyone went in and amazingly, none got lost ! Before heading back to the bus, we had one more sticky beak in the “Tall Tent of Tall Tales” and this time Amanda and Lily, her best friend, had a chance to pretend to be newsreaders for 5 minutes. Good on them. Here are some photos from the day:

The Race for the Chinese Zodiac at Out of the Box Children's Festival. 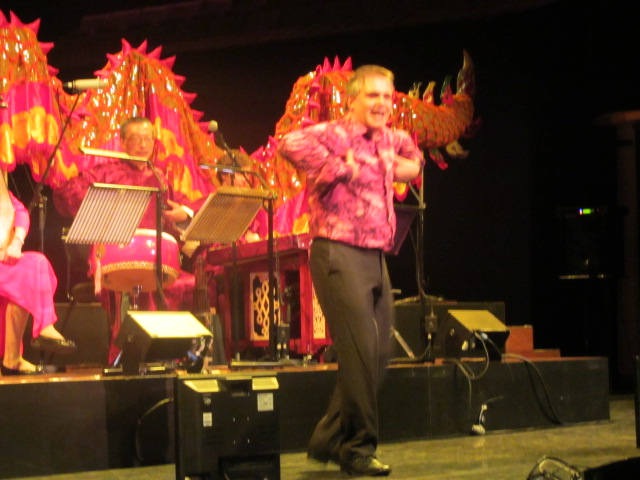 The Narrator from The Race for the Chinese Zodiac pretending to be a monkey. 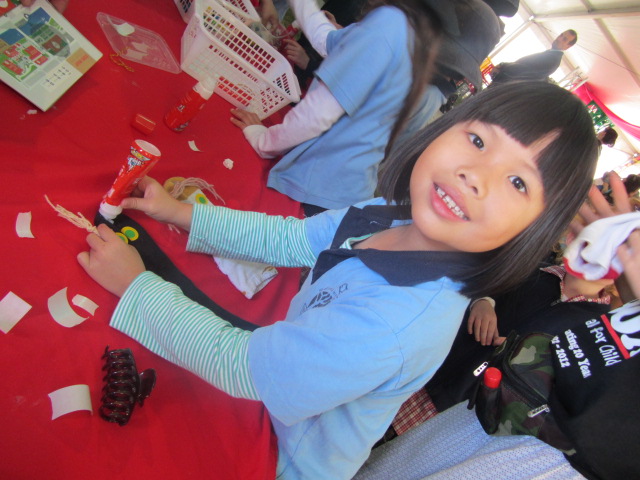 Amanda making a sock puppet at Out of the Box. 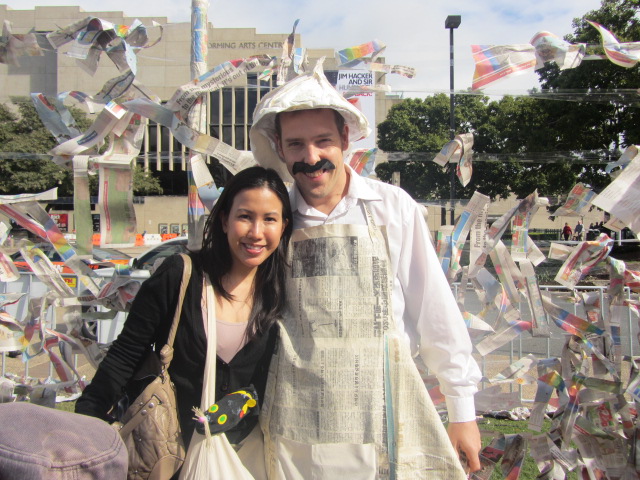 Me and one of the Sticky Maze attendants. 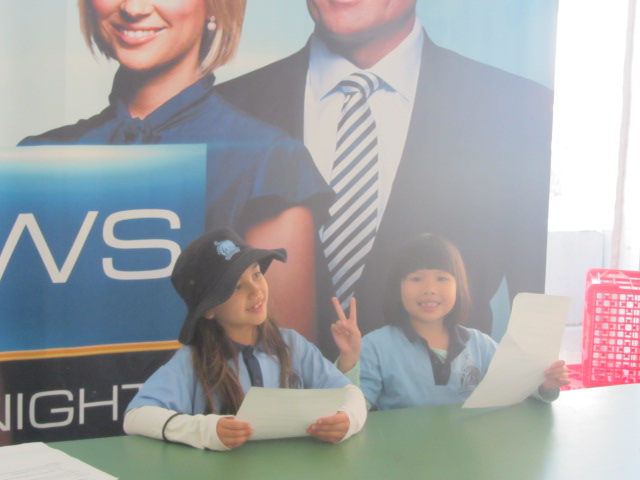 Amanda and Lily reading the news at Out of the Box.

2 thoughts on ““Out of the Box” Children’s Festival at Southbank, Brisbane.”