I know. I know. The stories have become fewer and much further apart. There’s a good reason for this: not only do I have a finger in every pie, it would appear in every piece of confectionary coming out of my local bakery. I kid you not.

Now that the house is 95% complete, I have thrice the cleaning. For awhile, to get on top of household chores (after a day spent doing HRH’s paperwork and catering to the kiddos) my after-dinner “entertainment” consisted of either washing bathrooms, cleaning floors, wiping the glass balustrade or dusting the several kilometres of skirting boards in the house.

It’s a great house to be sure and I’m proud to have come this far, but it’s the sort of house typically maintained by a barrage of maids instead of one frazzled mother. Would I do it again? Definitely. I enjoyed the creative process and learnt a lot from my builder, John Hardy, and his men.

Just a month ago I had a neighbour stop to congratulate me on adding value to our area and for choosing a builder who took care to keep noise to a minimum. In his words, “It went up like magic.” 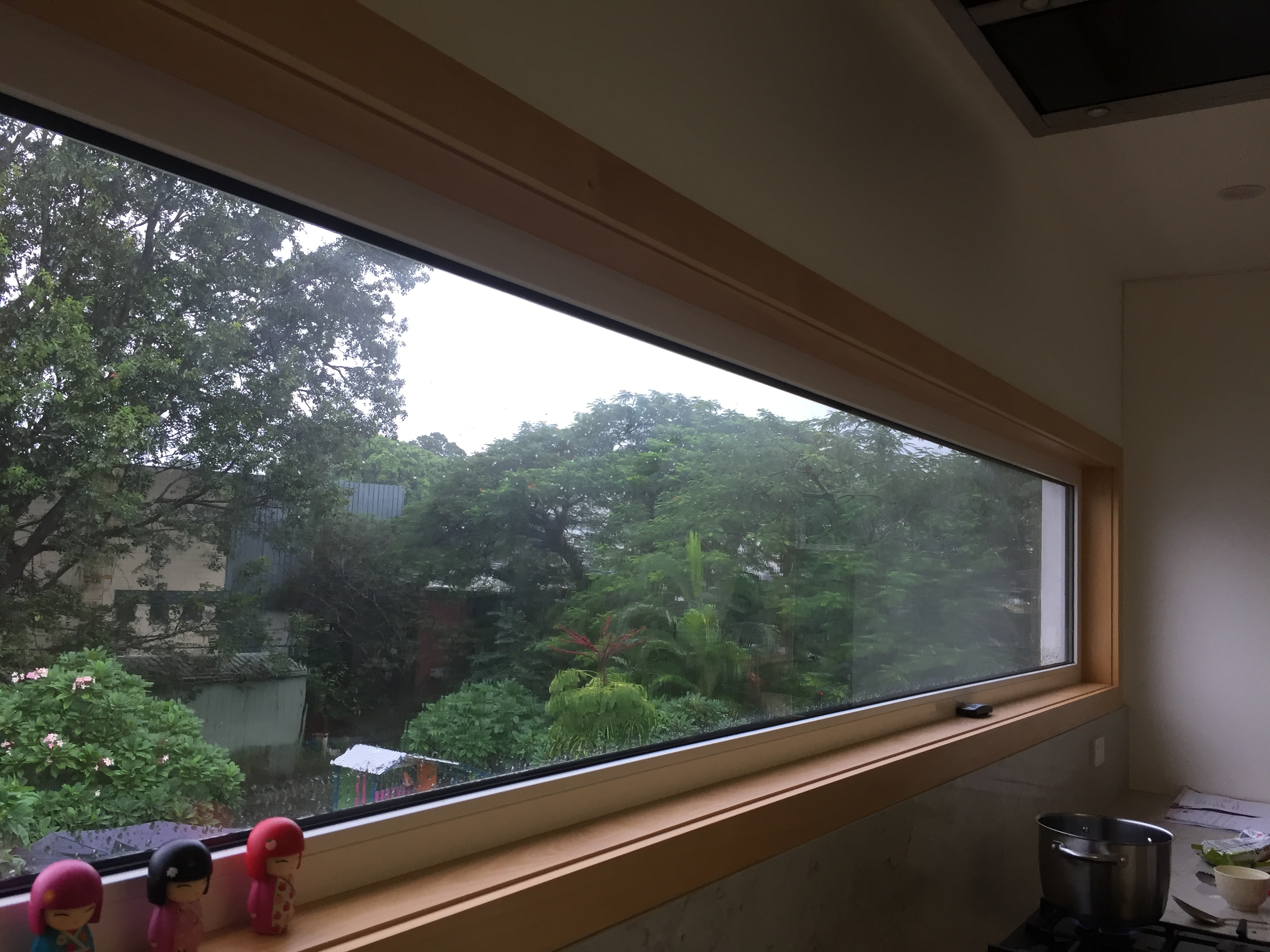 I love that my eyes can feast on all that green while cooking. 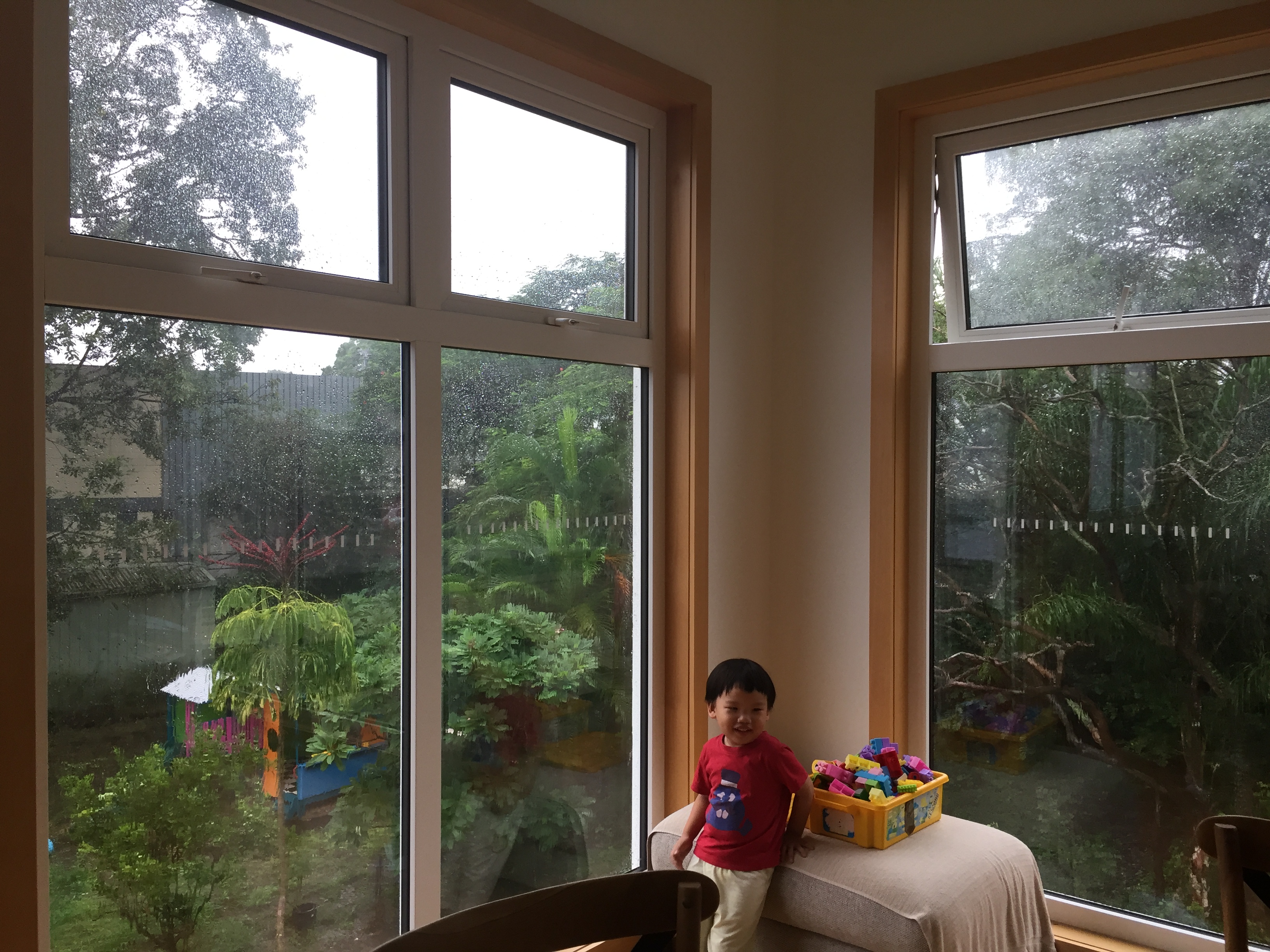 You won’t believe this is the inner city!

Amanda now has friends come over weekly for study sessions and to complete assignments. I’m pleased to report that after the hell of grade 6 (teacher failed to see her need for acceleration and she sought to escape boredom by zoning out) she’s kicking ass in grade 7. Not only is she in the gifted and talented programme at the top semi-selective state school (number 2 State-wide after Boy’s Grammar) where a minimum of B is expected across ALL subjects, she scored 5As out of a possible 6 last term. 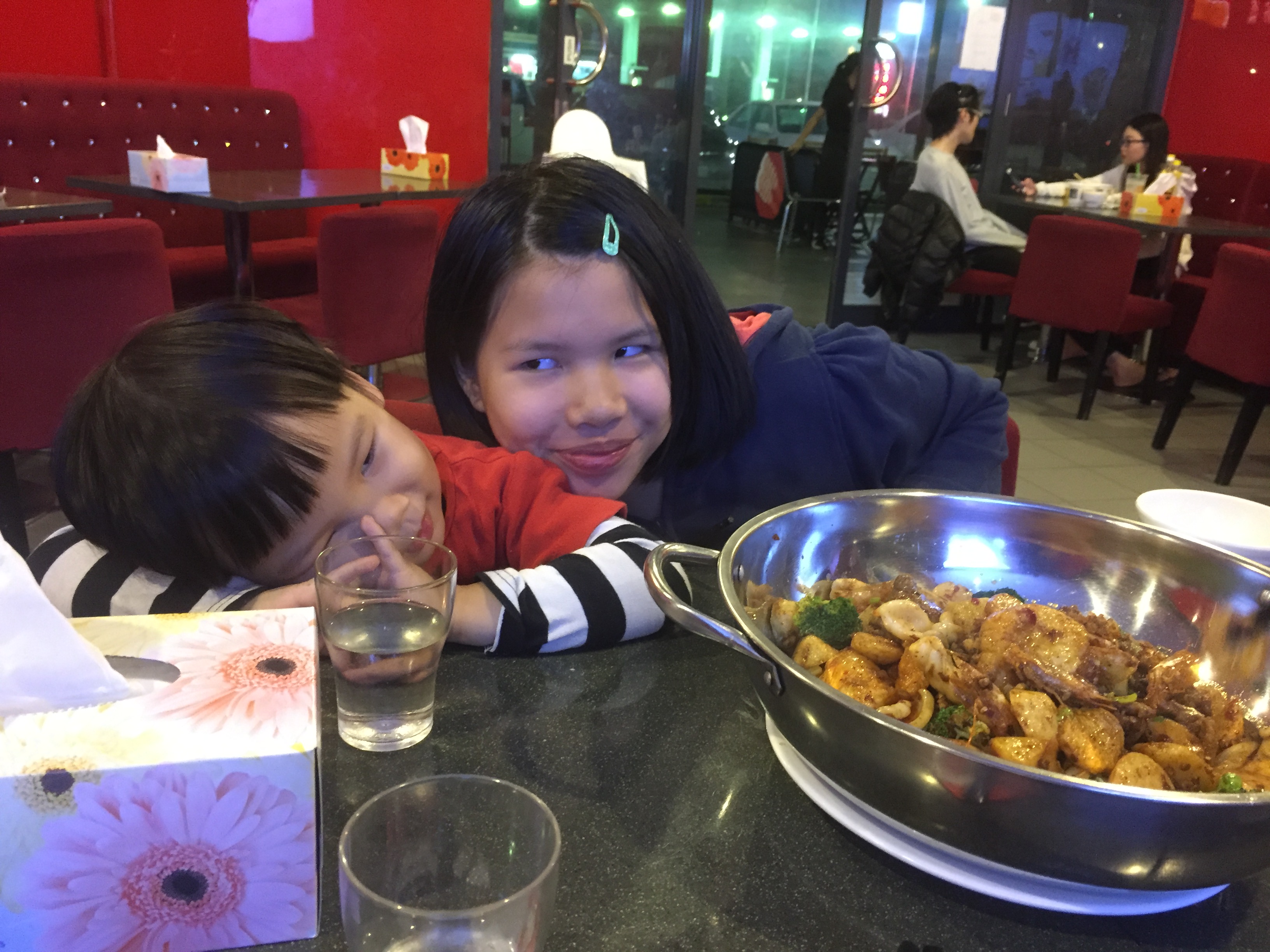 See how cheeky she is? 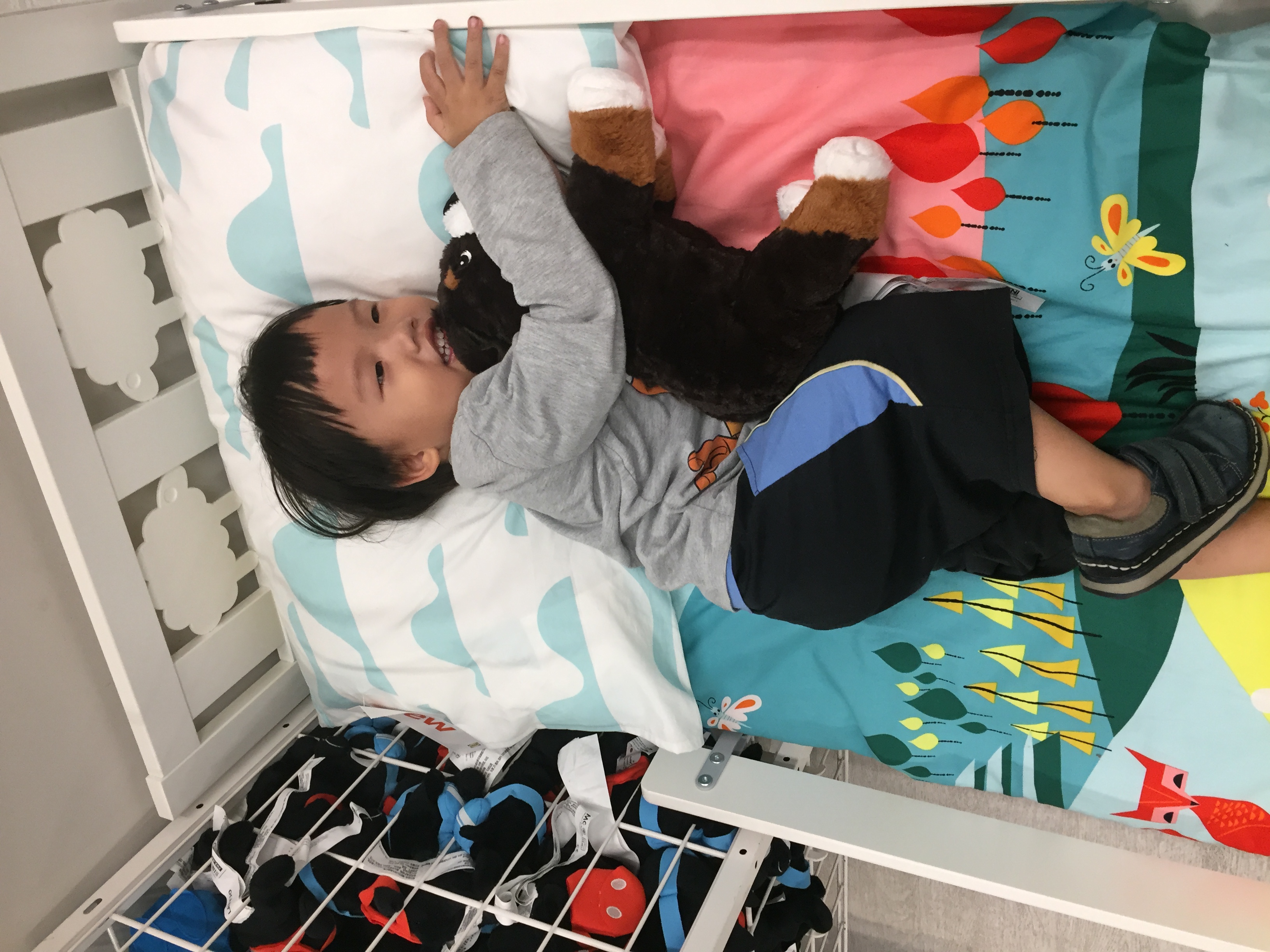 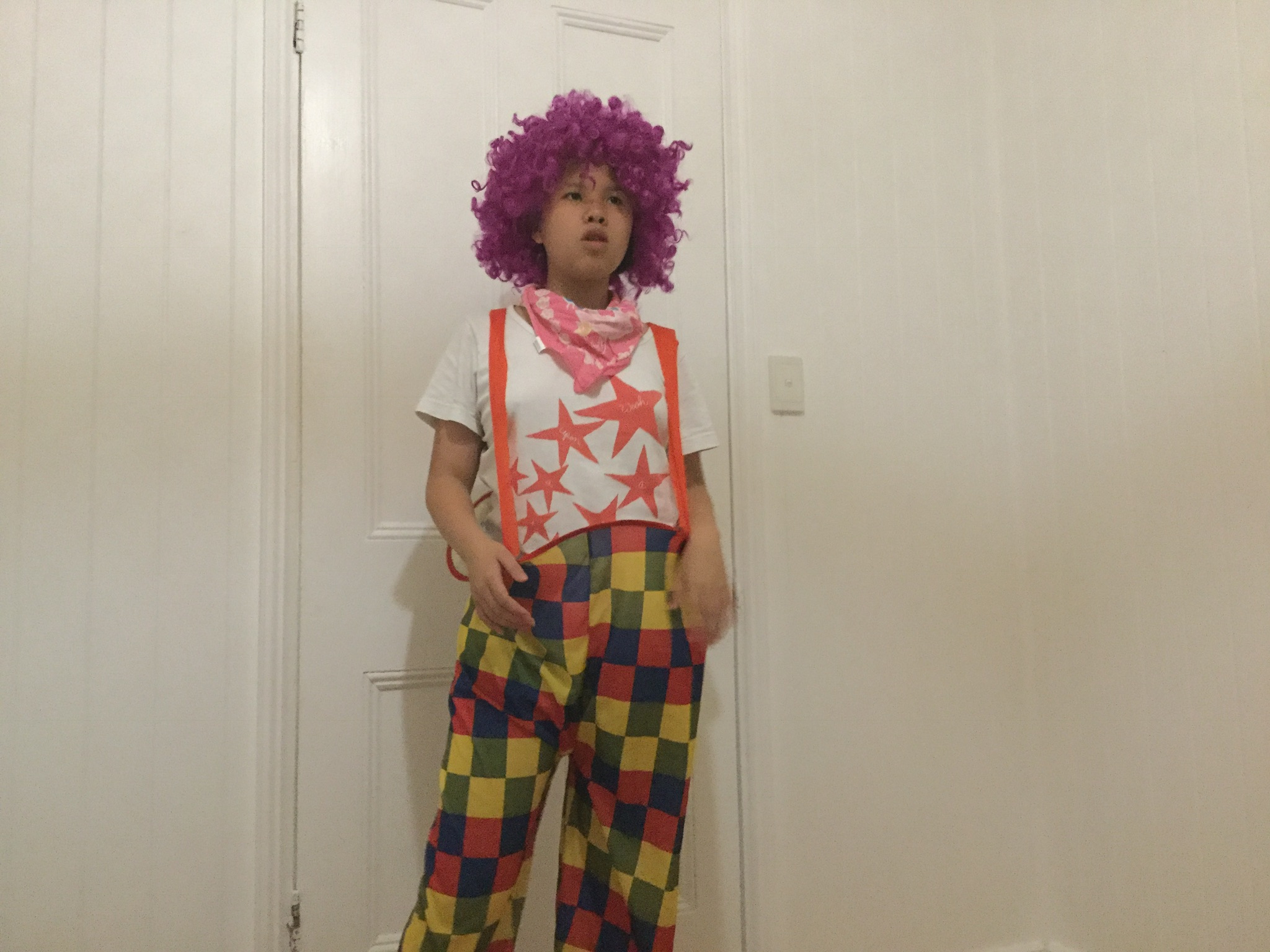 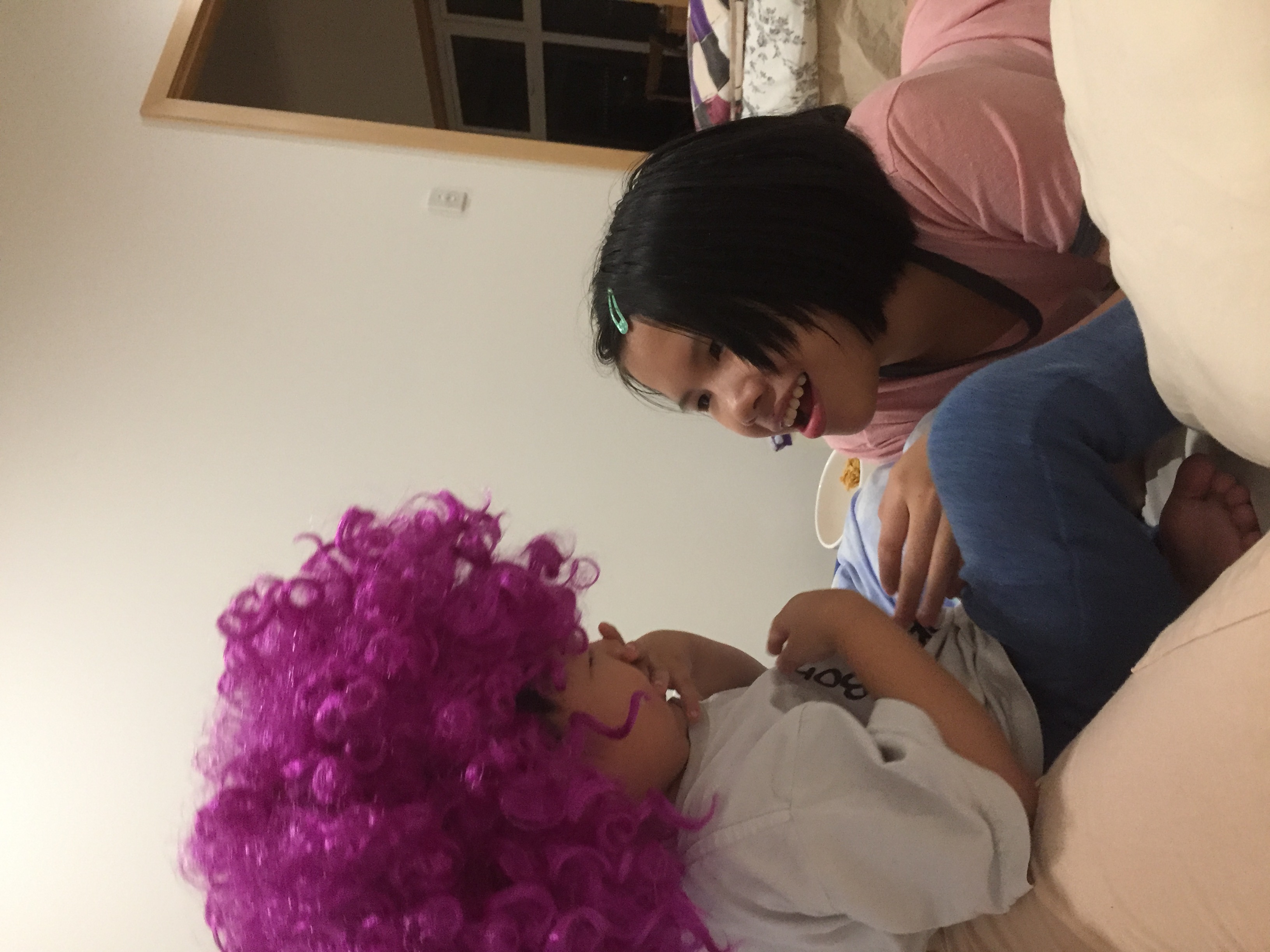 Ethan is a typical toddler; he’s wilful, stubborn and inquisitive. I somehow manage to get work done with his Gangnam Style blaring away. We’ve hauled him to the cinema for a late-night movie a couple of times. He usually winds up asleep on my lap even before the opening scenes and leaves thinking that the stream of advertisements beforehand is what we came to see!

I hope this post finds you well. I’ll see you again some time in July. Hopefully…

Well, whaddya know? By Estella Dot Com is now officially 2 years old! Before we blow out the candles on the virtual birthday cake, let me give you a brief run-down of what I’ve been up to since my last post:

At the beginning of this month, I went to Singapore for a week. HRH had a work conference and we both took the opportunity to see family who travelled down from Malaysia to meet with us there. With an almost 5 month old in tow, it was one of the hardest journeys I’ve ever had to make anywhere – not only because of the logistics of travelling with a crabby infant, but because we missed the flight we booked through Scoot (which they changed 4 times, the last without informing us) going to Singapore! Oh, the drama!

I had a nearly 9kilo infant in my arms, the baby bag slung around my shoulders, my handbag stuffed inside it (fortunately I downsized to a smaller bag), running from one end of Perth airport to another looking for the Scoot desk, which had closed 10 minutes (yes, only 10 minutes!) before our arrival. Behind me was Amanda, huffing and puffing, moaning and groaning, all 36kilos of her, pulling our 19kilo bag while HRH parked our car in the long term parking bay. Meanwhile, the screen with the information of flights kept blinking BOARDING NOW!

As HRH had to be in Singapore for a 9am presentation, we just bit the bullet and bought another 4 tickets to Singapore with Singapore Airlines, which is indeed a better way to fly. There is nothing quite like the service and comfort of flying with a major carrier, as opposed to a budget one.

Even though I was born in the tropics, I felt like my head was about to explode from the heat the moment I stepped out of Changi Airport. I think it was a combination of having cradled Ethan from 5.30pm until our 1.10am flight and holding him a further 5 hours until we reached Singapore, while the other two slept and having coffee afterwards (which I’m allergic to) which really did my head in. Fortuitously I had not made any plans for the day and had time to relax once we’d checked in to our accommodation. HL, my good friend from secondary school swung by with her kidlets that evening and we had a quick catch-up after 18 years!

Thanks to HL, who played tour guide over the next six days and co-coordinator (the other was CCM) of a get together, I managed to see couple of our other classmates who also live in Singapore. It was a great reunion had by all! Obviously, an evening is hardly enough to make up for 18 years but we did try! Apart from HL, whose husband cooked for us (congratulations on having trained him well, HL!) and minded the kidlets, they each brought local hawker fare I’d been craving so badly. Now, if only I could get them to visit me in Oz…

Infernal heat aside, which neither of my children could stand – rather surprising since they are both born in summer – we enjoyed our trip to Singapore very much. I’m pleased to have noted the following for your reference:

Okay. I’ve got to love you and leave you as Ethan is squealing his little lungs out. Happy birthday to my 3rd baby! Until next time, enjoy a slice of cake for me.