“You’re gonna be one difficult mother-in-law,” said YW, who I’ve known since we were both 14, when we met up many moons ago. Pretending to tut her disapproval, she turned to Amanda and said, “You better not marry someone like your Uncle J, or else you won’t have to go home.”

Prior to that, I’d been having a good ol’ bitch fest with YW about Uncle J’s many misdemeanours, which include, but are not limited to: 1) not wishing me, his host, good morning upon rising 2) not thanking me for any of the meals provided 3) not thanking me for the repeat use of one of my computers 4) turning on the air-conditioner when it is 16 degrees outside and having the windows open at the same time 5) stuffing up HRH’s bike and returning it with the patently false excuse that one of the tyres are flat…

Aside from the fact he’s fat and makes a third what his wife does, I didn’t like his unspoken presumption that just because we’re related, I have to put up with him and his attitude. Indeed I told Amanda, “If you are gonna marry someone like him, I’d rather you not marry. You’d just break your father’s heart and mine.”

You might think I’m getting ahead of myself since Amanda is only 8, but most children grow up to base their decisions on who to marry on those around them. If they see their father treating their mother well, boys will grow up to treat their wives well and girls, to expect good treatment from their husbands. The same applies to everything else: if a girl sees another female family member marrying down, she will think it is not only acceptable but desirable to marry down, setting herself up for numerous lifelong frustrations.

And let’s not kid ourselves that she’ll be saving anyone. It is this “martyr complex” that sees men and women marry people wholly unsuited to themselves in the mistaken belief they are somehow “heroes” for doing so. After which, they’ll crawl home to family for physical, emotional and most often, financial, help.

Because I’m a difficult mother-in-law-in-waiting (picture a fire-breathing dragon torching villages) I’ve already attempted to pre-empt the situation by giving Amanda what the Malays call “ceramah” or lectures. More specifically, lectures on who to marry. I’ve also been keeping an eye on the boys she mixes with because potential suitors don’t just come out of thin air. Perchance, one of these little rascals might end up my son-in-law. 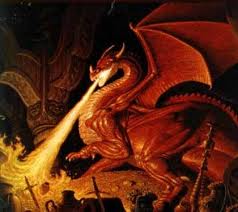 Me on my morning walk.

So I’ve said to Amanda, “The most important decision you can make in life, after choosing what to do for a living, is whom to spend your life with. Find yourself a worthless rat bag who gets you pregnant and bails and you’ll lead a miserable, duty-filled, penny-pinching existence. Find yourself a good man, and you’ll have a smooth life, a comfortable life. But most men, I hate to tell you, will not be worth your time.”

In you think this is extreme, consider this: I resisted Marvelon when I was throwing up my innards while pregnant with her. I exchanged 2 admirably perky breasts for the ones I now have, breastfeeding her until she was 3; had my sleep interrupted 4 times a night until she turned 3. It seemed that when she turned 3, I exited the labour camp. Through sleep-deprived eyes, nursing sore breasts, I also read to her for hours at a time from when she was 8 months old. My dreams are filled with her; for now, they are all happy dreams. Do you think I’m going to allow some unworthy bastard to charge in and change all that?

YW is damn right I’m gonna be one difficult mother-in-law. I’ve already developed a system for interviewing the little chaps. The best part is they don’t even realise they are being evaluated. The categories for evaluation are character, intelligence, personal motivation, family background and potential for success.

Character is usually evident after a while. Whiners grow into excuse-makers prone to scape-goatism. I look for good manners, gentlemanly behaviour and a “can do” attitude in little men. Boasting and telling outright lies earn them negative points on my invisible scorecard.

Intelligence too is easy to gauge. “Let’s play a game,” I tell them. We’ll start right at the bottom with something even kindergarteners can play. We’ll play I-spy. So if I ask for something starting with “C” and he gives me something starting with “D” or any other alphabet (which has happened before) I’ll know right away the kid is none too bright and won’t waste our time further. We can skip the rest of the evaluation because any Chinese person will tell you the characteristic he or she admires most is intelligence.

IQ isn’t everything but there is a high correlation between it and success. Perhaps, like most Chinese, I’m concerned about the genes being passed down to my descendants. Ditto the family background questionnaire. They should be so lucky if I don’t ask for a blood sample, just to be doubly sure.

Now, why would any little boy (in the future, man) subject himself to such an evaluation? None have to, unless they plan on dating my daughter. In which case, I’d suggest they get with the programme, otherwise they’ll find themselves an insurmountable stumbling block -ME!