Due to the lunchtime downpour, HRH, who usually has Tuesday mornings off, insisted he was staying put in bed.

“But what are we going to have for lunch?” I asked. “You said you had too many carbs for breakfast.”

I had cooked him, Amanda, who’s on still holidays, and myself, HRH’s favourite Cintan  instant noodles for breakfast. HRH was so excited to see it in the Asian grocery store in Canning Vale. Personally, I prefer Maggi.

“But you only ate 1 packet and I ate 2! We’ve got loads of cans so why don’t you cook one of those?”

At this point you are probably wondering what I have in my fridge. For the purpose of this post, I have done a brief stocktake; I have 2 tubs of half eaten Lurpak (Danish butter) from when I was going through a bread and butter craze, half a jar of tomato paste and half a jar of black olives, courtesy of F who visited us in mid-May, an assortment of condiments – ketchup, mustard, oyster sauce etc – Amanda’s prized box of lollies from last Easter, which somehow had not melted in summer heat on our drive over from Brisbane, half a papaya (Aussies call it paw paw) and 1 whole honey dew melon.

So, as you can see, I don’t really have any REAL food in the house. The reason for this being that I eat out most lunches and at least 4 dinners a week. At the moment I can’t stand my own cooking. Before this, I could not stand the smell of meat, which HRH demands as the resident Monarch, he be fed. Well, actually, I just don’t like cooking. Even if I can cook, ironically according to some, rather well.

But since we weren’t going anywhere in the rain, I had to conjure up something for the family’s lunch from the scraps in my fridge. Then I remembered last night’s half eaten pork -bone porridge, which Dorothy, my opera singer friend in Brisbane, had raved about when I made it for her. Hooray! I knew there was only enough for 2, but with a little magic (read: boiling water, soy sauce, white pepper, a dash of sesame oil), 10 minutes more stove-time, I could feed 3. The best thing about porridge is that like curry, it usually tastes better the next day! And in the cold and wet, adorned with a flourish of fresh chopped spring onions and fried shallots (from a packet of course!), the porridge tasted more than “better”; it tasted heavenly! Especially since my magic skills didn’t extend that far as to make us each a second helping.

That’s what, I suppose, Chinese cooking is all about: making something out of very little.  Sure, Chinese cuisine boasts many dishes fit for an Emperor – twice-ccoked meats, exotic ingredients like abalone and sharksfin, steamed freshly-gutted fish or poultry – but it’s in the preparation of mundane food that Chinese ingenuity is most apparent.

Take for example the humble rice porridge. Originally conceived as a means to make rice stretch during times of famine or when there are too many mouths to feed, one pot, which you might like to remember is mostly water, can sustain infants, the ill, breakfast-eaters and those looking for an extra bite after dinner. We can flavour it with any available meats, or have it plain with side dishes of salted egg, dace-covered fish, century eggs…

At the supermarket most Aussies go for prime cuts of meat, while Chinese go for things like pig trotters, offal and bones Aussies buy home to boil up for the dog. We go after tiny, bony fish, large fish heads, flaps of flesh next to the heads euphemistically known as “fish wings.” Chinese migrants who arrived in the last 10 to 15 years might not know this, but once upon a time, butchers used to give away all these odds and ends because there was no demand for them. Now, a large fish head (I’m not sure what species as I’m not a fish expert) is $7.99 per kilo from the fish shop. It still beats the Cod, which the fish shop owner was trying to sell me for $45.99 per kilo, which she said in Cantonese, “Is suitable for Chinese consumption.” 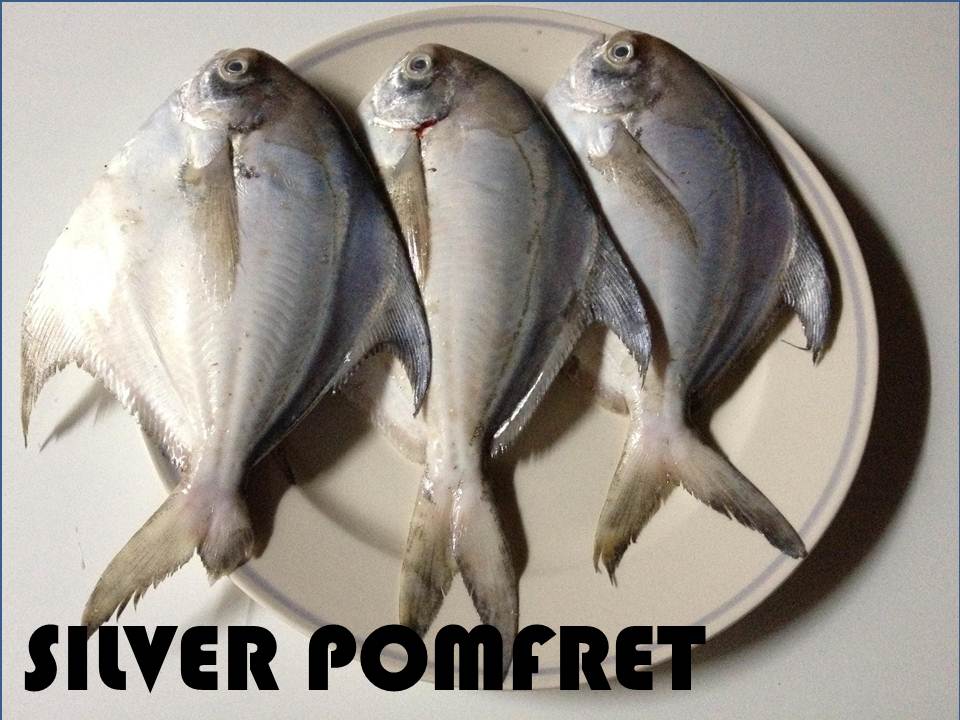 A picture of “pak chong” or Silver Pomfret.

It seems that nowadays, anything “fit for Chinese consumption” carries a hefty price tag. In the end, I bought a piece of Barra from her (also suitable for Chinese consumption she said) at $35.99 a kilo because I only wanted to have it added to porridge instead of steamed and good-eating fish like Cod would have been a waste. Barra is also tasty but in the hierarchy of delectable fish, it’s lower than the Cod, Snapper and the Malaysian Chinese all time favourite of “Pak Chong”, the Silver Pomfret. On a whim – and this might say more about my eating habits than my money sense – I also bought sliced abalone ($27 per 110 grams) to jazz up the porridge; compared to a whole abalone (starting from $130 for green lip) that was a frugal buy.

Pardon me for digressing but what makes a Chinese shopping basket cheap, if eccentric by Western tastes, is the fact that we don’t buy most of the things Westerners do. An example of this is the absence of dairy. While most of my Aussie mates with kids to feed spend at least $25 a week on milk, I spend nothing for the simple reason that like many Chinese, I’m lactose intolerant, as is HRH. I can have some milk in my Milo, and that won’t kill me, but if I over-indulge in the cream cheese frosting on the carrot cake, I might have the runs and that won’t be pleasant.

From time to time, I might buy some yogurt, but suffice to say, I don’t rely on dairy for my calcium. Many of the deep-green leafy vegetables Chinese consume regularly, if not daily, are rich in plant-based calcium. It’s only a question of whether we consume enough to get the calcium we need. Between $0.80 and $1.20 a bunch, enough to feed a family of 4, they’re also a lot cheaper than cruciferous and starchy vegetables most Westerners buy.

Apart from rice and greens, pig trotters and fish heads, the typical Chinese shopping basket has a myriad of dehydrated ingredients, rehydrated for use in stir-fries or added straight to soups or stews to impart a certain flavour. Coincidentally, items like fungus, mushrooms and dried mustard leaves also bulk the dish, so reduce the cost of the pot.

How I’ve explained Chinese eating habits to my Blue Vein, Brie and Camembert-scoffing, Aussie-fied daughter, who’s horrified by all the legs and entrails appearing on her plate is like this,”This is the way our ancestors have been eating for thousands of years. The reason our race has survived wars, famine and destitution is because we’re not particularly fussy. We eat anything that can be eaten which when you think about it, is the ultimate form of recycling. After all an animal is not gonna be less dead just because you eat the chops and not the head. Since you eat meat, you might as well do justice to the animal and wallop the whole thing.”

Not just that; anyone can take a good cut of meat and make it taste divine, but it takes real skill to take something barely edible, occasionally downright unpalatable, and make it into a feast fit for a King. Chew on that.